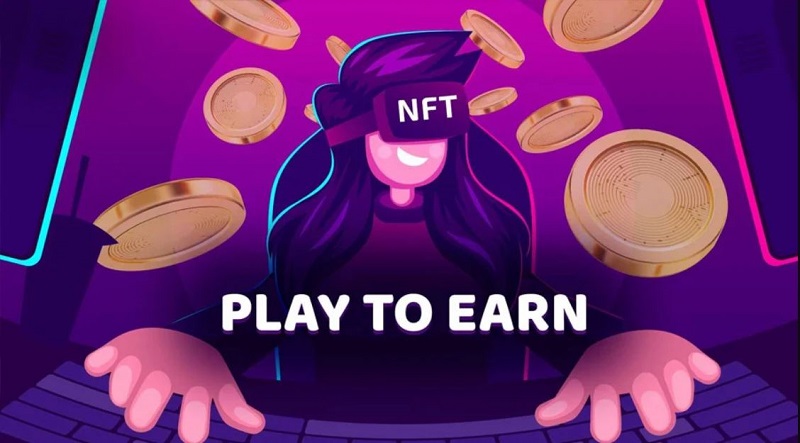 One of the major games that have led to a great transformation in the gaming industry is the blockchain play2 earn games. These games are mostly blockchain games where players are given some privilege. Privilege where they can spend money or contribute to a free game. And then they can claim ownership of some items in the game through blockchain technology. The best part about the Play2 Earn game is that they are intriguing. And at the same time, the player can also control the in-game assets, making trades and selling them. In the gaming platform used to play the games, the user or the player can earn the rewards in tokens or NFTs. The player can use the tokens in a marketplace or trade them in exchange. Let’s look at the top list of top play2earn games and their play to earn mechanism. 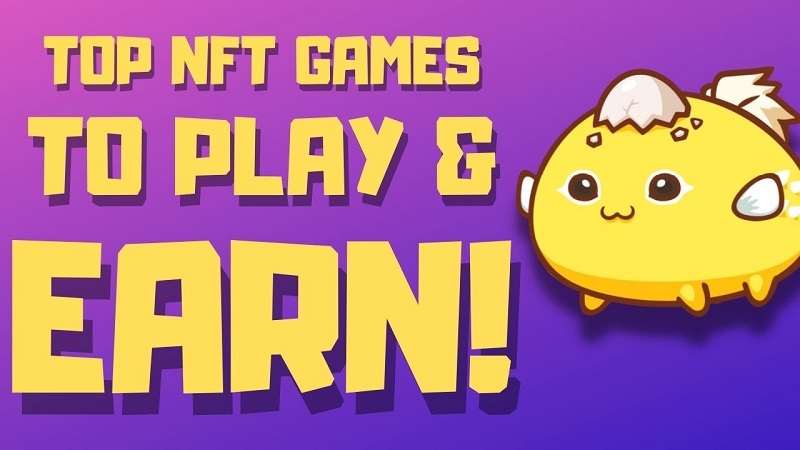 Play2earn NFT games. What does that mean?

Play2earn NFT games involves the provision of a gaming platform where the player can stand the chance of earning in the form of in-game assets. Players can, in turn, use the token in trade or exchange for a valuable real-world resource. The in-game assets that the player earns referred to as NFT, which stands for Non-fungible token.

Unlike the previous years when people would play a game and then you would battle to get the highest score, everything is different with this format of gaming. The game, through blockchain technology, has a new gaming model called the play2 earn method on the blockchain universe, where the player can make participants while generating revenues.

Paly2earn means that you can earn money by playing given games. But another thing to note is that the play2earn gaming system is the same as the free to play game system. Though the game is free of charge for getting free assets like weapons, outfits, and others, you have to unlock them using money or the earned points. With that in mind, the play2earn game has a reward in return, but it is informed of a token. The Play2earn token here are the valuable items that you could have used in a free game. But here they are in digital form, and they can store on the gaming platform or exchange for valuable resources like money. 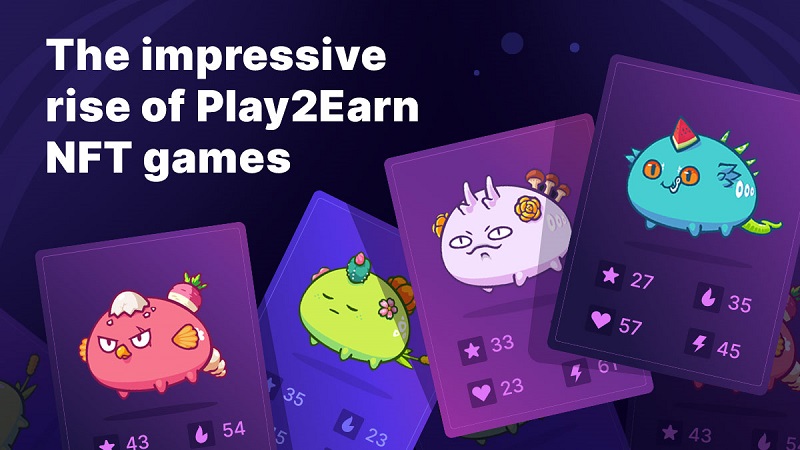 The need to have play2 earn game is one way to convert the unique items or sensitive data to tokens. All the useful information is retained without any compromise. It will protect you from attacks due to the strong security. Therefore the play2earn token is just digital assets that are tokenized, and then you can use them safely on the gaming or blockchain network.

Now you know what play2earn games are? So let’s look at the top play2earn games that you as a player can have a thrilling experience and at the same time have multiple ways that you can explore to earn more money.

It is one of the top play2earn NFT games you can use to earn as a player or user. Here in the game, different animal breeds are called an axis. You, as the player, can acquire an animal bread then battle so that you can win some rewards. But one thing to note in this game is that each Axie is the NTF which means you have one kind of digital asset with you, and within the game or the economy world, this is referred to as a lunacia.

In lunacia, you will be able to acquire a piece of land and then use it for breeding the axie by using the in-game token called the smooth love potion and the Axie infinity token. Since both of these tokens have a utility value in real life, you as a player can earn a good amount of money through this game. 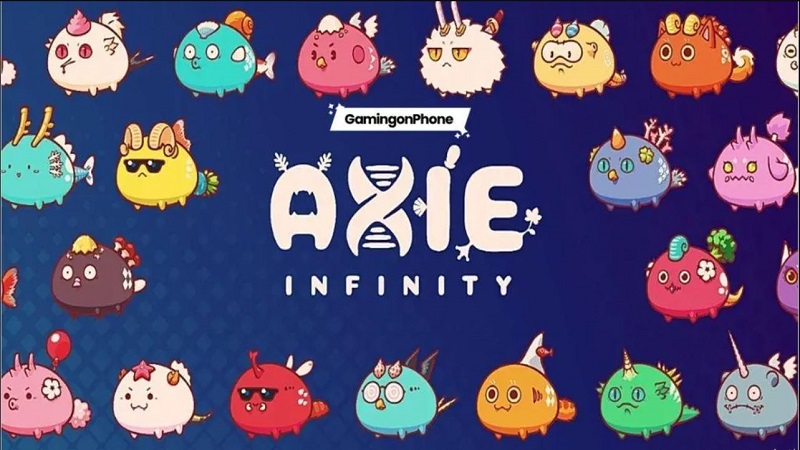 It is another top play2earn game chain crypto on the list, and here, the game has a different setting from the Axie Infinity. In this blockchain game, you will get a skill token once you defeat your enemies or raid with your friends and gain stakes in the game. With the skill token, you can craft your weapons or characters that you would use to defeat your enemies or sell the in-game assets you get from the game to the marketplace and make money through it.

Splinter lands is another top play-to-earn card game available on the blockchain gaming platform. Here the game can be played on the browser, and with the cards or the token you get as a reward from the game. You can trade them on the wax and Ethereum blockchain for other real-life value resources. The game’s goal is to fight the monster and earn the rewards.

It is one of the top play2earn game that is formed in the form of cryptocurrency projects, and it emulate one of the famous game called the Pokémon go game; the game has the same principle as the Pokémon’s; the only difference is this game has a lot of Dogemons apart from the Pokémon. As a player, you will get a reward if you hunt the dogemon inform of a dogecoin called DOGE. You can use the DOGE to, in turn, trade in the cryptocurrency market.

Reward Hunters It is also one of the top and the newest play2earn games with open-world battle royal mode. In the game, you can do one on one battles or choose eight personal games that you could win if you emerge to be the last person standing in the game. Here in this game, you will be able to earn tokens then you can exchange them inform of Binance Coin rewards. 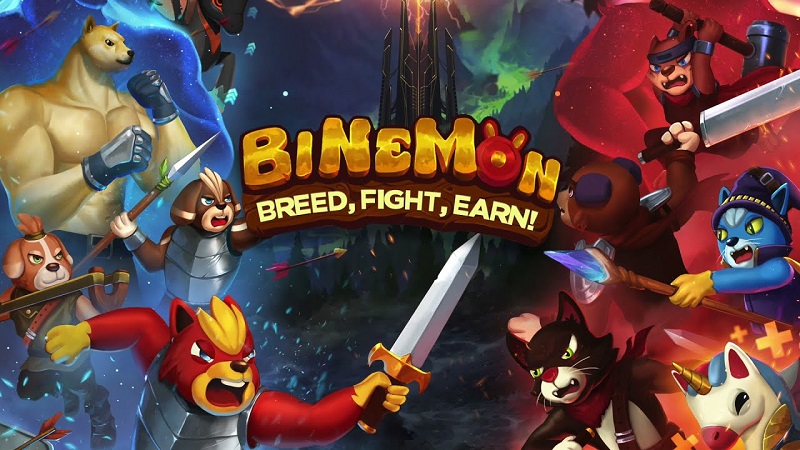 Suppose you are looking for the top play2earn Android games available on android. In that case, you have nothing to worry about since there is a long list. With the games, you will get a reward in the form of a token if you win, and then you can exchange it for money or other valuable resources. Note that the list you have seen above can be played cross-platform. However, here are some of the list of the top play2earn game that you can play using your mobile platform:

Play2 earn games is a unique game ecosystem that consists of a wide range of games that you can find on the blockchain. Though others may require you to invest something to get the chance to play, others are free. One thing to note about this game is the additional technology that they run on to it and have made the game interesting and, at the same time, made other players or game developers explore the field of blockchain games. The game is not a scam but legit since the token used on these games are encrypted. If you want to make money with gaming, this is one of the best ways to start your journey and start earning money in cryptocurrency. 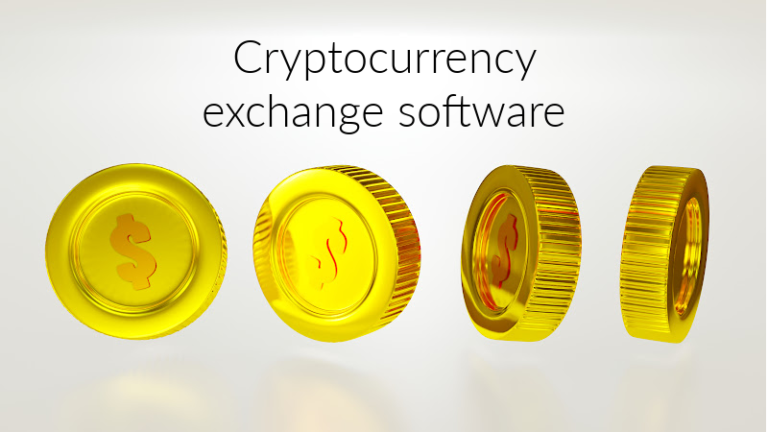 Cryptocurrency has become a common form of exchange in this millennial era, with over one million users worldwide. With its rising popularity, most people and even big companies have opted for it. However, without enough knowledge about it, you might be stuck or run at big losses. Suppose you are a rookie crypto dealer who… 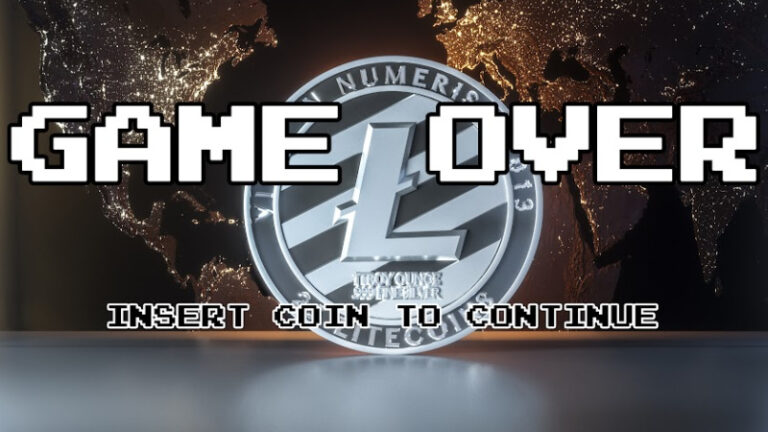 Game chain crypto platforms mainly committed to providing a digital distribution service that connects 3rd party publishers and gamers, giving an equal winning chance for crypto and gaming. The platform is an evolution in web 3.0 blockchain gaming which hosts several gaming contests with the state of the art gameplay. Also, the games involve multi-players…